The 2018 vintage was surprisingly hot. Flowering was more or less on average, leading to véraison in late Janaury and then harvest somewhere between late February and late March. If it was an overall dry vintage, spring broke out with a decent amount of rain which was very beneficial to flowering; late spring and early summer were consistently dry until March. The temperatures were way above average, just short of 2016.

The 2018 growing season was hot, though without heatwaves, and dry, and started with good rainfall in winter and early spring. Flowering conditions were good but fruitset was average. The dry months of December, January and February restrained shoot growth and favoured smaller berries in the red varieties, and the vineyard was spared from the November frost that damaged some vineyards in the Limestone Coast. Cabernet Franc and Shiraz were the only varieties in need of fruit thinning on 2018. Véraison occurred late January for all varieties.

The Crayères vineyard did not experience any severe heatwaves in 2017/18, but the temperatures were consistently higher than average, with adequate water stress after flowering.

For the third vintage, we collected data from the weather station in the Crayères vineyard. It shows 1,822 degree days from October 2017 to April 2018, which is significantly warmer than the long-term average of 1,450, and 165mm of rain which is slightly lower than average. It was a very good and easy growing season because of the warm and dry weather after flowering. The fruit quality was superb in all blocks.

Sauvignon Blanc
We handpicked our Sauvignon Blanc very ripe and with 0% Botrytis/mould on the 26th, 27thand 28thof February 2018, so one month earlier than 2017 and one week later than 2016. The grapes were picked on flavour. For the Crayères vineyard cuvée, the fruit was chilled to 3°C for whole bunch pressing, and fermented in demi-muids. For the Down to Earth cuvée, part of the fruit was whole bunch pressed and fermented in 2 large 2,000L and 3,000L oak foudre in a temperature controlled cellar, with the balance of the fruit being crushed, destemmed, and then fermented in stainless steel at even lower temperatures.

Shiraz
We handpicked perfectly ripe and clean (0% Botrytis/mould) Shiraz on the 19thof March 2018, so 21 days earlier than 2017. The fruit was in perfect condition with no shrivel and superb flavours. We left the Shiraz one week more than we generally would to get perfect ripeness. The Shiraz was fermented in 1 Potter fermenter with boards keeping the cap submerged. After 1 full month of cold maceration, fermentation and post fermentation maceration, it has now been pressed off skins and transferred to tank for malolactic fermentation and will be transferred to oak barrels in August 2018. We believe that this will be our best Shiraz so far from the Crayères Vineyard.

Cabernet Sauvignon
On the 26thof March 2018 we handpicked our close-spaced Cabernet Sauvignon on flavour and with perfect sugar concentration of 13.5 Bé. The fruit was excellent with great flavours, smaller berries and good tannins. The must was fermented in 1 Potter fermenter with boards to keep the cap submerged (cycled only once during vintage). The wine was pressed off skins after 1 month of maceration and fermentation and is now going through malolactic fermentation in tank. It will be transferred to oak in August 2018.

Epilogue
Every year we leave some Sauvignon Blanc (free from disease) on the end rows to ripen with the hope they will get infected by Botrytis noble rot. This year, we had some rain that allowed a minimal Botrytis infection.  We harvested this fruit (mostly late harvest) on 20thof March 2018.  This fruit was whole bunch pressed and then blended with some whole bunch pressed Cabernet Franc from Piccadilly Valley. Those two are co-fermenting in oak Barrels, watch this space…

Climate
The 2018 growing season in the Piccadilly Valley was slightly warmer than average at around 1,503 degree days compared to the long term average of 1,139 degree days. Rain was good in early Spring and late Summer and infrequent in between.

Summertown vineyard
2018 was the third vintage of the Summertown vineyard under our care. The part of the Pinot Noir block that was retrellised in 2016 to convert from spur pruning to cane pruning produced yet again some excellent fruit. The sparkling Chardonnay and Pinot Noir fruit was hand harvested on the 7thof March 2018. The base wine is now starting malolactic fermentation in tank, and in barrels for the Réserve wines. 2018 will be a great vintage of our sparkling wines.

The table Pinot Noir blocks were bunch thinned to get to very small yields of 3 tonnes per hectare. They were hand harvested on the 22ndof March, with very ripe flavours. They were fermented in 1-tonne fermenters, and are now ageing in French oak barrels (40% new, 60% old oak).

The 4 rows of Merlot were harvested on the 22ndMarch 2018 and the fruit was co-fermented with Heysen Trousseau Noir, Mondeuse and Pinot 667.

Heysen vineyard
2018 was the first vintage of the Heysen vineyard under our care. The Pinot Noir on the North facing part of the vineyard was harvested early on the 5thof March 2018 with reasonable yields. The fruit is now blended with the Summertown Pinot Noir and Chardonnay to make our Non Vintage blend.

The East facing Pinot Noir Pommard clone was bunch thinned to get yields down to 3 tonnes per hectare. It was harvested on the 22ndof March 2018.  It was fermented in 1-tonne fermenters, and is now ageing in French oak barrels (40% new, 60% old oak). The Pinot Noir 667 was co-fermented with Trousseau Noir, Mondeuse and Summertown Merlot.

Bizot vineyard
The Chardonnay for our Daosa Blanc de Blancs was hand harvested on the 13thof March 2018. The fruit displayed great acidity at harvest with elegant flavours, and the wine is now going through malolactic in old French oak demi-muids (600L).

Enough said!  2018 should be a great vintage for all our vineyards and a good follower of 2016, with less power and more elegance. 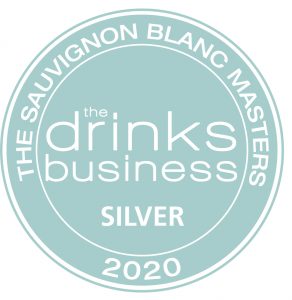 SILVER medal for Down to Earth Sauvignon Blanc 2019